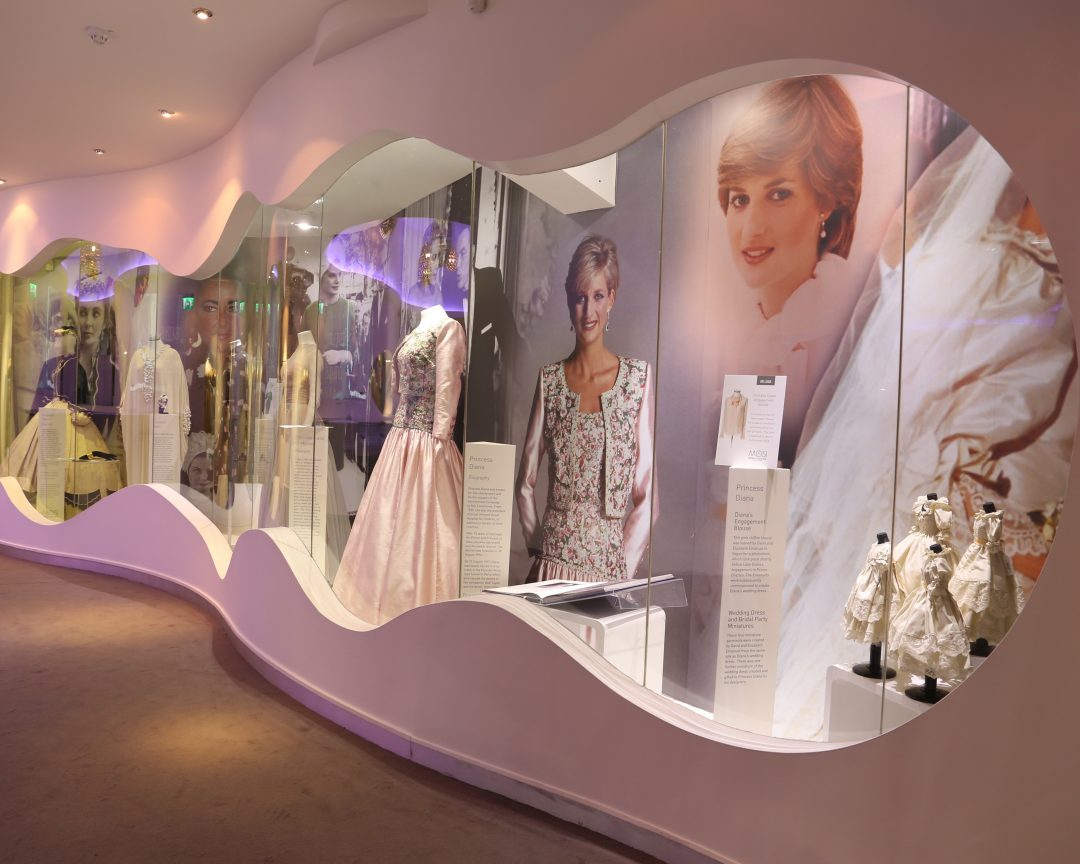 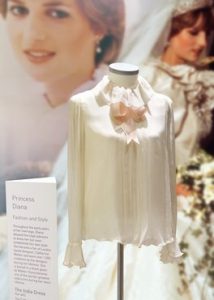 On Saturday May 19th, 2018 Megan Markle will walk down the aisle of St. George’s Chapel, Windsor Castle to marry Prince Harry.  Speculation is rife about what dress style she will wear and who the designer will be and with that in mind, it seems fitting to look back on the most famous of all the British royal weddings and the most famous wedding dress of all time.

In late 1980, Vogue Magazine placed a call to fashion designers David and Elizabeth Emanuel at their salon in Mayfair asking if they had a suitable outfit for a photoshoot they were doing on upcoming beauties.  The pair had graduated from the Royal College of Art just 3 years previously but were making a name for themselves in the fashion industry. Vogue refused to say who the outfit was for but specified that it must have a high neck and be very romantic.  Hanging in the Emanuels’ salon was a chiffon blouse which had been created for another client, but they decided it would be ideal and sent it to Vogue.

It was later that they learned that the subject of the photoshoot was Lady Diana Spencer.  Elizabeth Emanuel recalled in her book, A Dress for Diana, “The fashion team (from Vogue) had assembled a large collection of clothes from several designers for her to try… When she saw our blouse on the rack she fell in love with it, asked who made it and was directed to us.”

This was to be a very fortuitous moment in the lives of both Diana and the Emanuels and was the start of a fruitful relationship.  Shortly after the Vogue photoshoot, the engagement of Prince Charles and Lady Diana was announced and the photo of her, in the Emanuels’ blouse, taken by Lord Snowdon was used as the official engagement photograph. 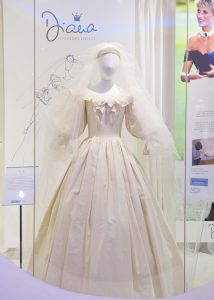 Following the engagement announcement, Diana chose David and Elizabeth to dress her for her first public appearance, and, more importantly, to design her wedding dress.  The design of the gown was a closely guarded secret and security measures were put in place to keep details of the dress under wraps with the press even trawling through bins outside the Emanuels’ salon for information.  The time spent by Diana at each fitting was seen as respite from the press attention, and she spent time chatting to staff over a cup of tea whilst there.

The process for designing a wedding dress of this nature is that once the sketch design is complete, the designer makes mock-ups of the dress – which are known as toiles.  The design team made several toiles from calico material in order to make alterations and adjustments to the design and fit.  The last toile was used to ensure the dress fitted Diana perfectly and was worn by the soon to be princess for many hours. It was taken in several times in the weeks leading up to the wedding as Diana lost so much weight. Once David and Elizabeth were satisfied with the fit, the silk was cut for creating the actual wedding dress worn on the day.

The wedding dress was made of ivory silk taffeta, decorated with lace, hand embroidery, sequins, and 10,000 pearls. The dress was also embellished with a 25-foot train of ivory taffeta and antique lace, which flowed magnificently behind the bride. As Diana stepped out of her wedding carriage at St. Paul’s Cathedral on July 29th, 1981, the crowds cheered in awe of this vision of beauty.  The public loved Lady Diana Spencer from the moment she stepped into the public eye, and this day was the culmination of their adoration of her, with an estimated global audience of over 750 million – the fact she was wearing a dress fit for a princess made it even more spectacular.

After the event, the wedding the dress was regarded a triumph and influenced wedding dress design in the decade that followed.  To this day the dress remains iconic with Jade Beers, Editor of Britain’s bestselling bridal magazine, Condé Nast Brides declaring, “It was a moment in time, totally reflective of the decade… frothy, romantic, feminine.”

The Museum of Style Icons in Newbridge, County Kildare owns both the engagement blouse and the last toile designed by David and Elizabeth Emanuel for Diana. Tickets cost €7 for an Adult and €5 for students and senior Citizens. Children under 12 go free with a paying adult. Click here to purchase tickets 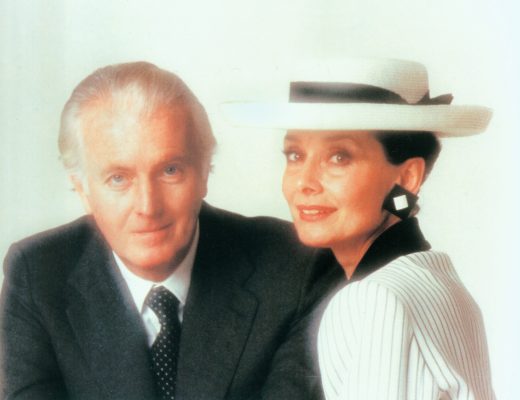