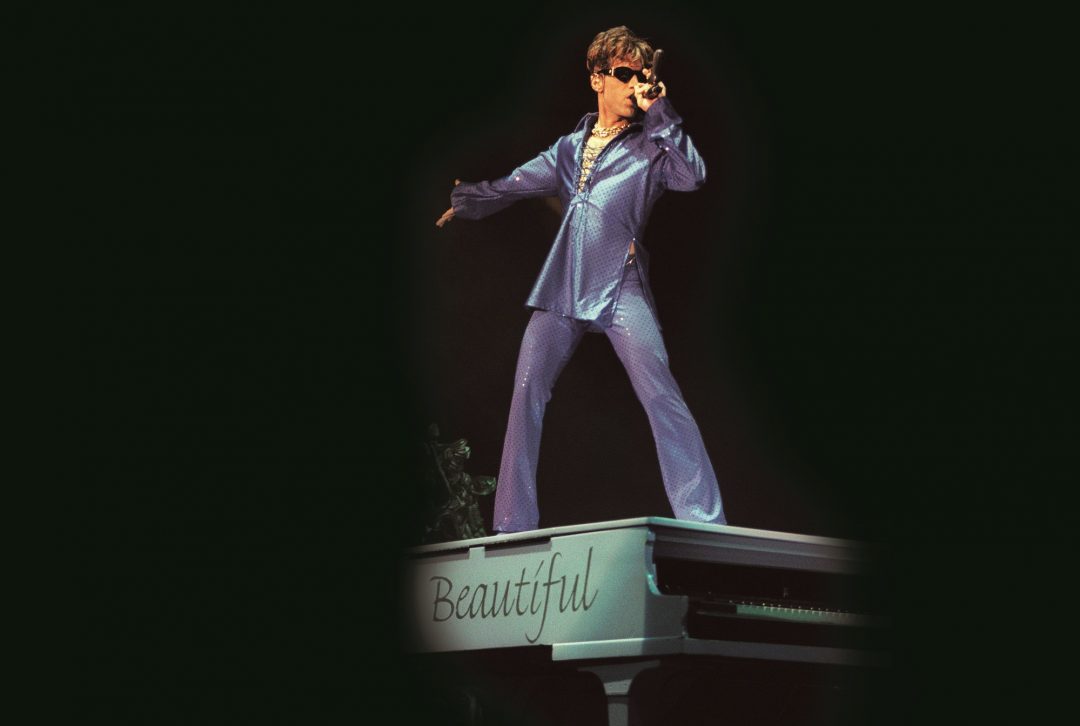 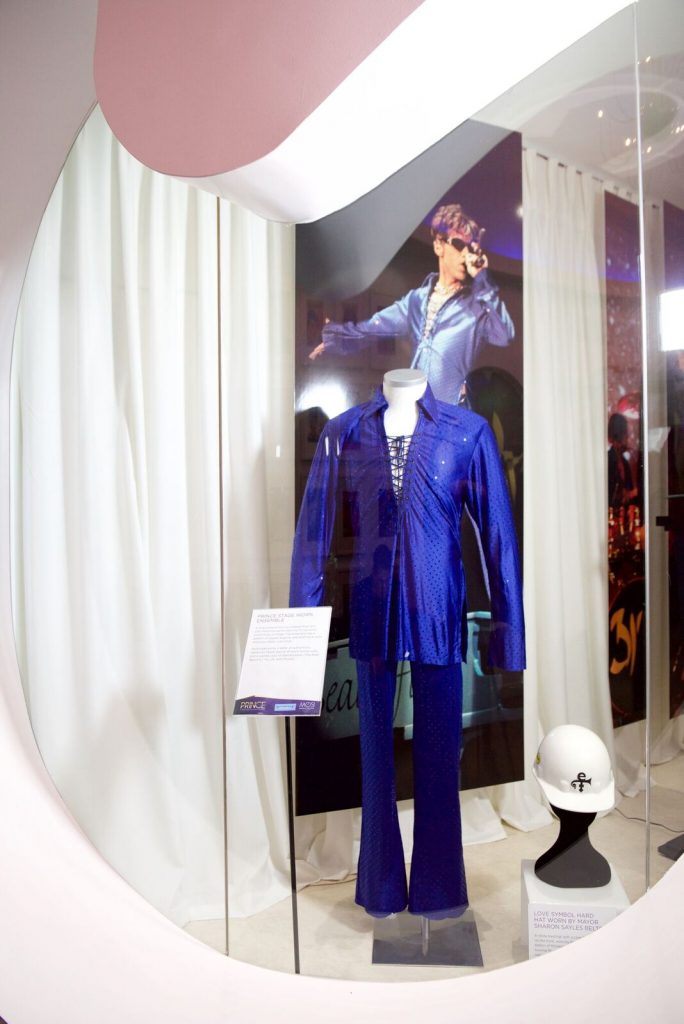 On May 18th in the Hard Rock Cafe, New York items from the life and career of Prince will go under the hammer of Julien’s Auctions.

As an individual Prince was, by all accounts, shy and retiring, however, once he stepped into the public eye he became the outlandish performer we came to know and love.  In order to achieve this remarkable transformation and unique style, he used every aspect of his appearance as an outlet for his creativity.  He wore extravagant costumes with high heeled boots to disguise his 5’2” frame and used spectacular jewellery to complete his look.  Onstage his costumes incorporated or complemented his jewellery, including a police cap adorned with face-obscuring chains worn during his performance at the Radio City show in New York, 1993.

As he evolved musically, his image also changed to reflect the artist as he matured. However, one of the constants in his career was his association with the colour purple, which began following his multi-Grammy award winning song Purple Rain (1984) along with the movie and album of the same name. The album sold over 25 million copies worldwide and catapulted him to superstardom.

Prince’s impact on the music industry can be most easily understood from his live performances, which were so extraordinary that they took on almost mythical proportions. As a live performer he was set apart from his peers due to his musicianship and quirky fashions – he danced in heels, played his guitar like no-one else, never scrimped on his band and always sang live.  His guitars were made ¾ size, due to his diminutive height and slight build – the smaller guitar made him appear larger on stage. END_OF_DOCUMENT_TOKEN_TO_BE_REPLACED

A simple approach to marking your child’s First Communion 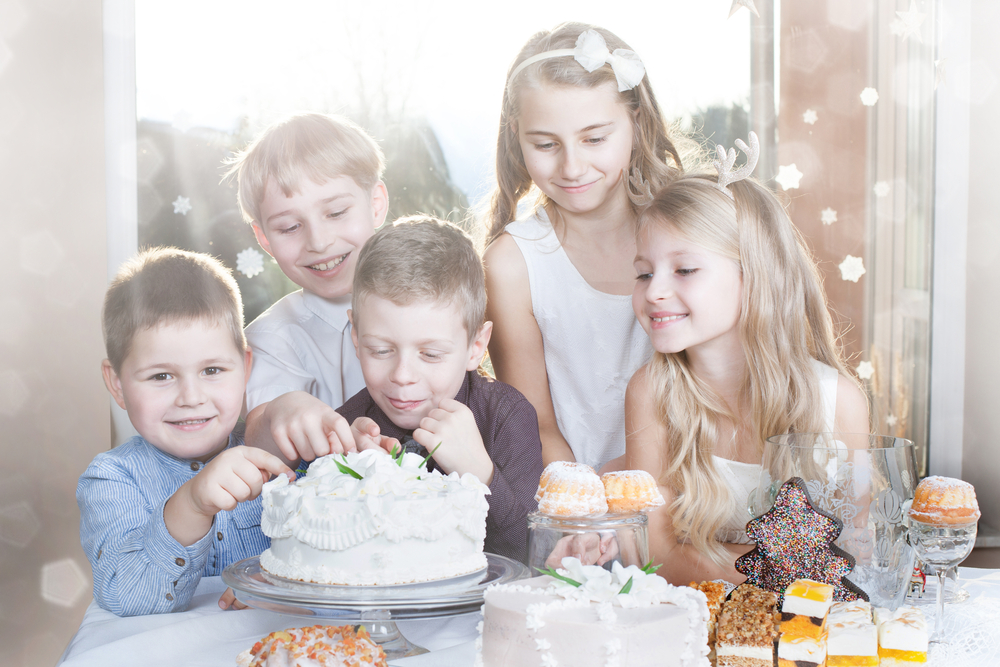 With Communion season firmly in our sights it’s time to organise your Communion celebrations. No need to panic, we’ve put together our Communion Guide to help you sail through the day.

First Communion is an exciting and memorable day in your child’s life and many people want to mark the special occasion with a family celebration or party. Hosting a party at home has become hugely popular in recent years and is a fantastic excuse for family and friends to get together and celebrate a wonderful milestone.

The type of celebration you choose can vary widely and is entirely dependent on your personal choice. There is no right or wrong way to celebrate with your child on their special day.